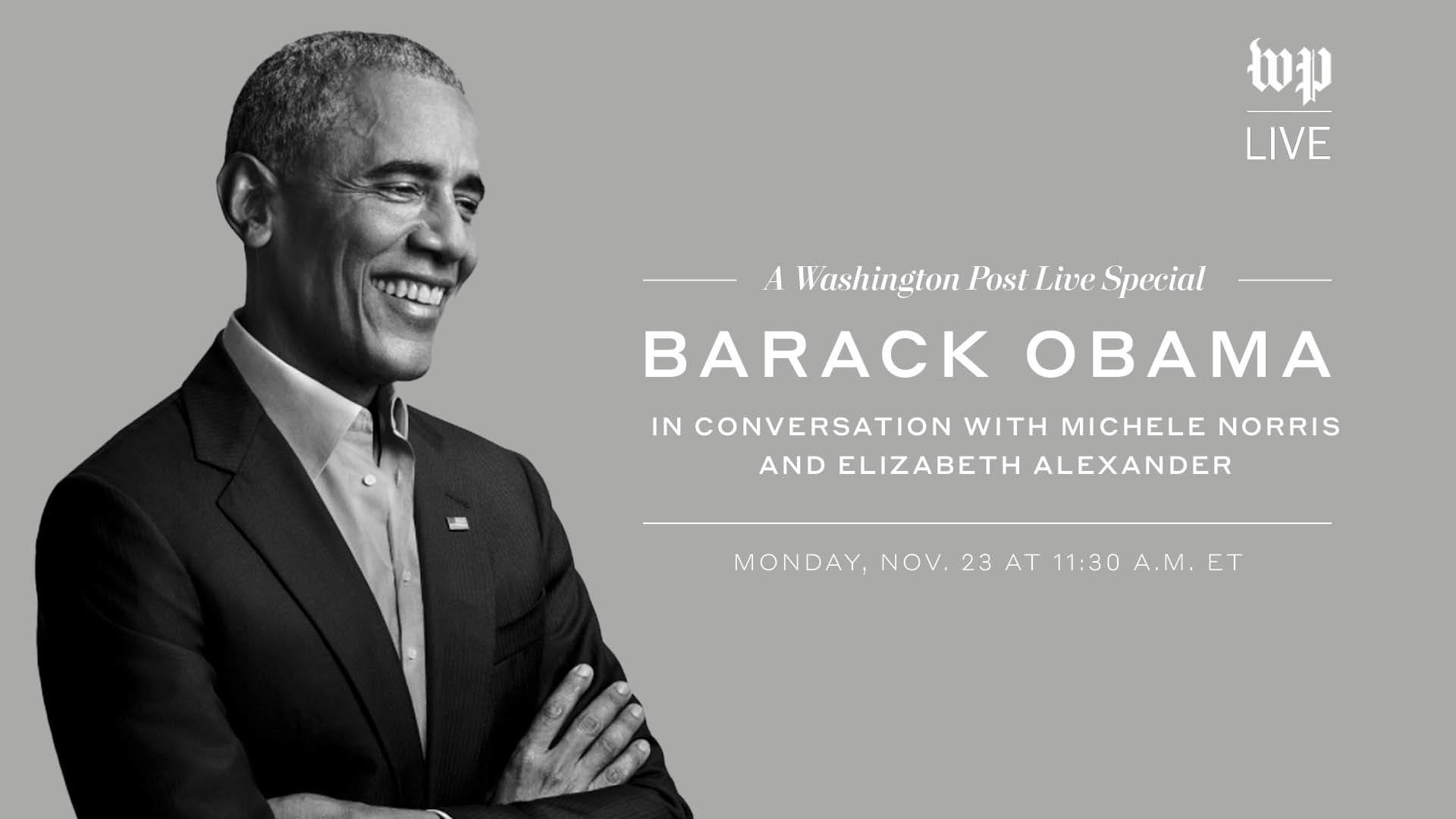 Barack Obama has just released “A Promised Land,” the first volume of a memoir chronicling his presidency. On Monday, Nov. 23 the former president will sit down with Washington Post opinions columnist Michele Norris and Mellon Foundation president Elizabeth Alexander for an in-depth, live interview.

As early readers of his manuscript, Norris and Alexander will ask Obama to share his approach to writing and the cultural and literary influences in his life. They will also discuss the impact of his historic presidency and how he views the country today.

Barack Obama was the 44th president of the United States, elected in November 2008 and holding office for two terms. He is the recipient of the 2009 Nobel Peace Prize and the New York Times bestselling author of Dreams from My Father, The Audacity of Hope, and A Promised Land. He lives in Washington, D.C., with his wife, Michelle. They have two daughters, Malia and Sasha